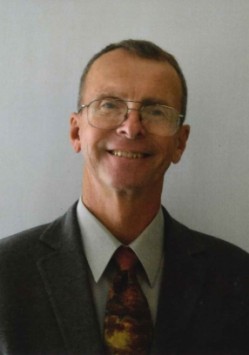 Charles Allen Harden moved to Thomasville at the age of five. He was a camp counselor at Piney Woods, and competed on the YMCA boy’s gymnastics team. Allen played ball for the Y throughout his childhood. He also played football during middle school and ran track in middle school and at Thomasville High School.

He went to Georgia Southern College and competed in collegiate gymnastics under the coaching a Ron Oertley. During this time he began coaching in Augusta at the YWCA once a week with Coach Oertley, and also began helping coach gymnastic camps in North Carolina. After graduation he went to North Texas State. In 1978 he returned to his hometown to begin working at the YMCA, taking over gymnastics and building it up into a competitive program. Allen coached several YMCA individual and team winners. His gymnasts have won many awards at the state, regional and national level, including Sterling Austin who won a state and national championship last year at Thomas County Central High School. He has helped bring high school gymnastics to South Georgia. He has coached for Thomas County Central since 1996. During that time the team produced several state runners up in varying events.

Allen has devoted much of his life to young people, promoting and coaching gymnastics. He is regarded as a regional leader in the world of gymnastics. Allen still lives in Thomasville and coaches at Thomas County Central. He also coaches at the Moultrie YMCA and is very active at Saint Augustine Catholic Church and serves on the board of Camp Arrow. Allen is married to wife Judy and has three children and eight grandchildren.

Have you had a positive experience with Allen Harden? Click here to tell us about it!