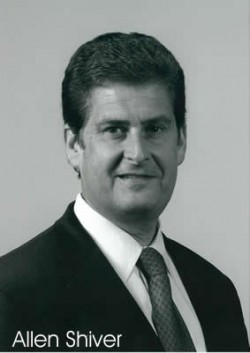 Allen Shiver focused on one sport during his high school years at THS, and gave it everything he had. He was one of those young men who battle down in the trenches so that others can score touchdowns. However, those who know football well know that without such unselfish warriors, championships are never won. Allen was a star offensive lineman who played guard and opened holes for those flashy running backs to run through. His trenchmanship paid off for the 1973 THS Bulldogs as they won their first State AAA Championship by rolling over 13 consecutive opponents. Allen was honored by being named a TRI-Captain of the team and was a three year letterman as well. He was named to the Georgia High School Association All-Star South Team. He not only played guard but centered the ball for punts throughout the game. He finished his high school football career without once making a bad snap on specialty teams. Today his son Robert carries on the family tradition by being the long snapper for the Auburn Tigers. Allen graduated from Georgia Southern University in 1978 with a degree in Business Administration/Marketing and immediately began working for Flowers Baking Company. Allen is now Executive Vice-President and Chief Marketing Officer for Flowers Foods. Allen is a shining example for young people, as one who has succeeded by taking the lessons learned in playing football and applying them to life.

Have you had a positive experience with Allen L Shiver? Click here to tell us about it!