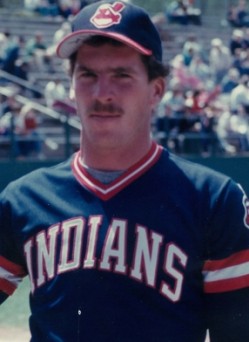 Bobby Link is a graduate of Brookwood School. At Brookwood, Link was a phenomenal pitcher averaging over 2 strikeouts per inning his senior year. He amassed 136 strikeouts in only 66 innings! After high school Bobby pitched at Carson-Newman and Florida’s St. Leo College. He was ranked nationally as a top ten pitcher for wins and ERA while at St. Leo. While in college he held the record for the most consecutive appearances in Division II baseball and is still tied for ninth for most games pitched in a season.

In 1985 he was drafted by the Cleveland Indians organization. In 1986, while pitching for Waterloo (Iowa) in the Midwest League, he threw a perfect game (no runs, hits or errors) en route to a 6-4 record. In 1988 Link was traded to the Detroit Tigers organization. It was also that year that Bobby was recognized by the Guinness Book of World Records for a most unique honor; holding eight baseballs in one hand!

After injury ended Bobby’s professional career in 1992, he hung up the spikes and started coaching baseball in North Florida. He has coached at the high school and college level over the last 20 years with much success. Three of his former players have made it to the major leagues, including former Atlanta Braves catcher Brian McCann. Bobby has recently relocated to the Atlanta area being named the Head Baseball and Softball Coach at Salem High School in Conyers. The Athletic Director at Salem High when commenting on hiring Coach Link stated, “As a coach he has had great success and has developed many players for the college and professional level. But Coach Link impressed us with his desire for his players to be good students and role models. We are pleased to have someone with his experience to lead our program”.

Bobby has been involved in the community throughout his career. He sponsored reading sessions while in North Florida for his players to read to elementary students. His favorite quote is, “you can’t swing the bat if you don’t hit the books”. We welcome this true athlete, coach and role model to the Sports Hall of Fame!

Have you had a positive experience with Bobby Link? Click here to tell us about it!