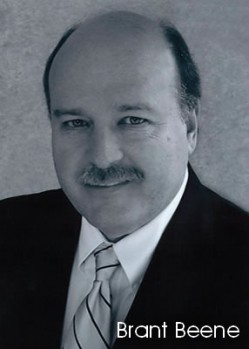 Brant immediately immersed himself in athletics after moving to Thomasville in October of 1965. He quickly earned the starting center position on the THS 8th grade football team. He started all 9 games at center on the 9th grade team and then 24 straight games his junior and senior seasons. He backed up all State center Sterling Hall his sophomore year. During the 24 games his junior and senior seasons he and Sports Hall of Fame inductee Dallas Norman had only one fumble exchange. He was a team captain and class president his senior year. Brant was also an accomplished baseball player and started at catcher for 3 years. He had a career .313 batting average. After rejecting an offer to play football at Dartmouth he played catcher at Ole Miss in 1971 and 1972. Living in Birmingham Brant has coached youth sports for over 10 years and served as President of the Mountain Brook Booster Club. Brant helped create the Mountain Brook Sports Corporation whose sole purpose was to improve and enhance youth sports facilities in Birmingham. Brant has been involved in the United Way Campaign, Alabama Kidney Foundation and the Canterbury Methodist Church. Brant Beene made a difference to his teams while in Thomasville and he continues to make a difference to his community in Birmingham. He truly is a role model for our youth.

Have you had a positive experience with Brant Beene? Click here to tell us about it!