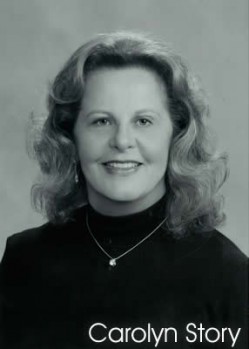 Carolyn is a native of Richmond County (Augusta), where she earned her RN degree from University Hospital School of Nursing. She participated in intramural sports in high school. She started long distance running and tennis after moving to Thomasville. She has competed in numerous 5k and 10k races in Georgia and Florida. She has ran the Peachtree Road Race 10 times, ran with Olympic Gold Medalist Bruce Jenner, and played tennis with the late Arthur Ashe.

She completely immersed herself in this community after moving here with her husband in 1972. In 1977 after completing the Peachtree race she and Dr. Story decided to promote a 10k race in Thomasville. The Rose City Run was :born" the next April with over 1000 participants. The one mile run was added in 1980 with the Rose City Walk becoming a reality in 1982. Carolyn has been intimately involved in all 3 events which now spans over 30 years.

Have you had a positive experience with Carolyn Story? Click here to tell us about it!