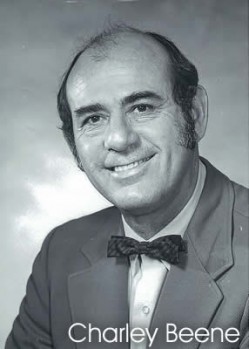 Charley was born in Hazel Green, Alabama in 1921. Veteran's Day is a great day to honor this man who fought many battles in life. He attended Mississippi State where he worked in the science lab to pay his expenses for college. He served in WWII where he was injured while participating in 35 bombing missions as a bombardier over Germany. In the early 1960's he organized a group of men and built a 2 field baseball park for the town of Hartselle, Alabama. Charley moved his family to Thomasville in 1965 where he became involved in youth programs at the Y. He later served as president for the THS Booster Club where he was instrumental in getting much-improved dressing rooms and weight facilities for the school. He was awarded the Golden Bulldog Award which is a coach's commendation plaque for his efforts. He served as City School Board Chairman during the racially intense early '70s which by all accounts, was a testament to his foresight and leadership skills. Charley personally and through the Booster club helped a number of athletes with unmet personal needs making them feel a part of the team. He led the efforts for the construction of the present THS facilities. Charley was diagnosed with terminal throat cancer and given 90 days to live.......20 years ago! He attacked this challenge just like all the others with all of his strength and fortitude. Charley has been an influential force in sports, education, and community service for over 50 years.

Have you had a positive experience with Charley Beene? Click here to tell us about it!