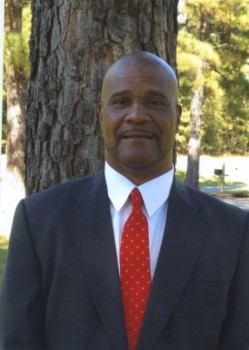 A two-way star on the Thomasville Bulldog football team as a wide receiver and defensive back, Clifford Kerbo was an important part of the 1974 state and national championship season. Kerbo was the lone player on that special team to play both ways. As only a sophomore in 1974, he was voted All-Region and second team All-State. He led the region in punt returns and also had a career-long punt return of 88 yards that season. As he grew, in his junior and senior seasons he became even more valuable as a quarterback for the Bulldogs. In his junior campaign, Kerbo was selected a preseason All-State and All-American player by the Atlanta Constitution. He also was an All-Region basketball player, and was voted Most Valuable Defensive Player his senior season. Kerbo was also a state finalist in track and field. He would go on to become a very successful assistant and head coach in football, basketball, and track. In basketball, his teams won 16 region championships as a coach, had two Final Four appearances, and had over 20 players receiving scholarships. He was selected Region Coach of the Year six times, and was the state AA Basketball Coach of the Year in 2013.

Have you had a positive experience with Clifford Kerbo? Click here to tell us about it!