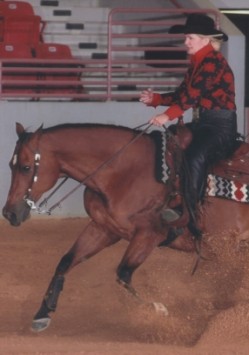 A multi-sport star, Debbie Lanier Guy excelled on the court, field, and in the exhibition arena during her career. After playing varsity basketball at Central High School and YMCA softball all four years of high school, Guy would go on to represent Thomas County at state 4-H horse shows for seven years. As a freshman at Central, she was a part of the 1968 girls state championship basketball team that compiled a sterling 24-2 record, and would be named co-captain of the Jackettes squad in 1970-71. That season she was named defensive MVP for the team.

As an equestrian, she was a five-time Georgia state champion in several disciplines including, western pleasure for two years, reigning for three years, pole bending for two years, barrel racing for two years, and personal pick up one year. After earning her Bachelors and Masters degrees in Education from Valdosta State, Guy would go on to coach for 28 years, including stints coaching basketball, tennis, dance squad, volleyball and cheerleading. In 1987, Debbie took over as coach of the Beverlye Middle School (Dothan, AL) girls basketball team, a program that had never won anything. She turned the program into a dynasty, winning ten City Champions titles during her tenure as coach. She continued showing horses as an adult, receiving a 4thand 6th place world ranking at the American Quarter Horse Association World Show. In 2004, she retired from the Alabama public school system and returned home to Pavo, where she is an active member of Pavo Baptist Church and teaches a Sunday School class.

Have you had a positive experience with Debbie Lanier Guy? Click here to tell us about it!