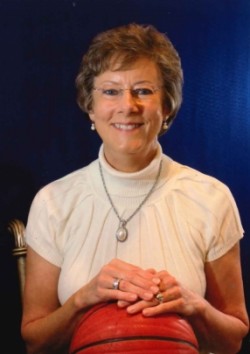 Dianne Cone Jackson distinguished herself as a talented offensive basketball player beginning in the 6th grade at Pavo Elementary School. She was taller than the average girl player with effective offensive skills from the inside and outside. Described by her head coach as ‘able to run very fast with great ball handling talents,’ she continued to play and improved her skills while at Central High School. In an era when girls basketball teams had distinct groups for offense and defense, Dianne was among the group that was skilled on both sides of the ball.

However, it was on defense that her abilities shone brightest as one of the leaders on the state champion Yellow Jackette teams of 1967 & 1968. Dianne was a standout defensive player that saved her best for the post-season tournament. She led a defensive group that held high-scoring opponents to low-scoring games. Her efforts on the court earned her a spot on the all-state team in 1968.

Dianne went on to Florida State University to become an elementary teacher, which she would do for over 30 years in the Thomas County Schools before retiring. She was instrumental in organizing the Pavo Civic Club and the Peacock Day festival for her hometown before moving to Brunswick with her husband a few years ago to be closer to their daughter and grandchildren. However, they still maintain a home in Pavo and return frequently.

Dianne Cone Jackson has excelled in many roles in her life. She is an accomplished local athlete, a long-time educator, and positive influence and role model for hundreds of local children. She is most deserving of induction into the Sports Hall of Fame.

Have you had a positive experience with Dianne Cone Jackson? Click here to tell us about it!