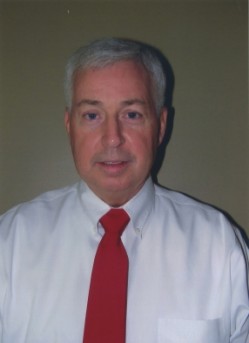 A two-year letterman for the Thomasville Bulldogs in 1972-73, Don Fiveash was the starting safety on the ’73 state championship team. Over 13 games, that team gave up a total of only 55 points for the season - 35 of which was in the state championship game against Wheeler. Known by his coaches as ‘pound for pound as hard a hitter as anyone,’ Don would graduate from Thomasville and go to ABAC and Valdosta State College to secure a degree in Accounting.

One of Don’s primary community involvements has been as a coach at the local YMCA. He has coached from T-Ball up to Pony League baseball, soccer, and flag football for 18 years. He also served as an assistant coach on the 1999 All-Star baseball team that won district and competed in the state tournament. Don is a big supporter of all sports in Thomas County, volunteering countless hours to coach and mentor young people locally, and his influence led one of his own children to become a coach.

A 28-year member of First Baptist Church in Thomasville, Don has been married to his wife Lisa for 37 years and raised two children. Since securing his degree, he has worked for several local firms, and currently serves as a CPA at Fletcher & Associates.

Have you had a positive experience with Don Fiveash? Click here to tell us about it!