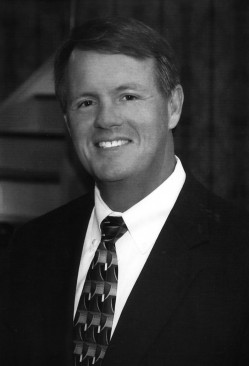 Dr. Robin Hines played baseball and was an all-region player during his football career at Thomasville High School, where he was the inaugural recipient of the E. O. ‘Bull’ Gardner Award for his ‘fighting spirit’ on the gridiron. After high school graduation, he would earn his Education degree and become a teacher and coach, serving as an assistant coach at several schools before becoming head coach at Westover High School in Albany.

Hines would go on to serve as a teacher, coach, administrator, assistant superintendent, and superintendent within different school systems in Georgia during his educational career. Since 2017, he has served as the sixth Executive Director of the Georgia High School Association, overseeing all athletic programs within the state. He was honored with Valdosta State University’s ‘Distinguished Alumni’ award in 2017, and was also recognized with the ‘Georgia School Superintendent’s Award’ in 2014.

Robin is married to his college sweetheart, the former Kim Dilling of Warner Robins, a retired Kindergarten teacher. They have three children, Melissa, Ashley and Bobby.

Have you had a positive experience with Dr. James R. "Robin" Hines? Click here to tell us about it!