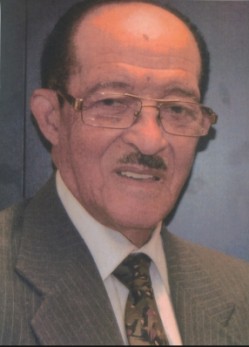 A graduate of Boston High School and two-year varsity basketball player, Elven Herring made his biggest impact on the Thomasville/Thomas County sporting world along the sidelines of our local high school football games. In 1959, he started holding the chain for the Douglass High School football team. When Douglass integrated with Thomasville High School, he continued his job for the new red and gold Bulldogs – a job he has never relinquished since. Totaled, he has now taken care of the chains for an incredible 58 seasons and nearly 300 games – not including playoff games.

He has been a big part of the lives of many young people and has been an advocate for higher education on an emotional and financial level. Elven has also been actively involved in assisting senior citizens with their needs in our community, and has dedicated his life toward helping others in Thomasville and Thomas County.

Elven worked for decades as a building supervisor for the federal government.

Have you had a positive experience with Elven Herring? Click here to tell us about it!