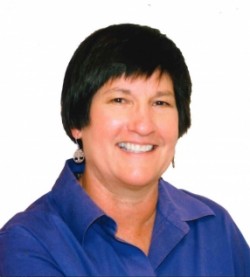 Ernestine (Erni) Griffin Tucker was one of those athletes who was a fierce competitor and could be counted on when the chips were down. She would do whatever was necessary to help the team. She was versatile enough to play singles or doubles on the tennis team and play very well. You knew if she was on the court she would give everything she had to achieve a victory. A desire to achieve and the discipline and fortitude to be successful, a tennis player, a runner, an achiever, Erni helped make those around her better. She lettered 3 years at Thomasville High on the tennis team.

However, Erni had another passion and that was distance running. That sport fit her perfectly as she possesses those qualities of self-discipline and dedication required to be a successful runner. After graduation from high school, she attended the University of Georgia and became a member of the 1st women’s track team, lettering in Cross Country her senior year. Locally she has competed in multiple road races and has run two marathons (26.2 miles). In 1979 and in 1982 she was the Female Thomas County winner of the 10,000 meter Rose City Run.

A true community servant Erni has taught Sunday school at First Baptist Church, coached youth softball for 10 years at the YMCA, and worked with the Brookwood softball and soccer teams. She is currently serving as a board member of the Sport Hall of Fame and is most deserving of the honor of being an inductee.

Have you had a positive experience with Erni Griffin Tucker? Click here to tell us about it!