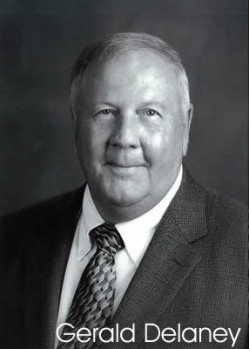 Mr. Gerald Delaney made his start in sports early in life as he participated in youth sports through the YMCA in Thomasville. He was a gold medal winner in the Southern Area Athletic Achievement YMCA competition as well as a participant in youth softball. He played on the fast pitch softball team for Georgia Crate and Basket and enjoyed being on the city championship team for five years. During his years at Thomasville High School, he lettered in both football and baseball. His baseball skills earned him a scholarship to play at Florida State University where he attended for two years before entering the army to serve his country. While in the military, his athletic accomplishments earned him the priviledge of making the cover of the "Stars and Stripes", a worldwide military newspaper. Although he never ran track in high school, he won 5 medals at a division track meet held at Ford Hood, Texas. Once out of the service, he was able to play baseball again, this time at Valdosta State College, where he was the only player receiving a baseball scholarship. While in college he also coached little league football. Gerald continued his involvement in sports as he served as football official for the Georgia High School Association for 10 years and 5 years as a basketball official.

Have you had a positive experience with Gerald Delaney? Click here to tell us about it!