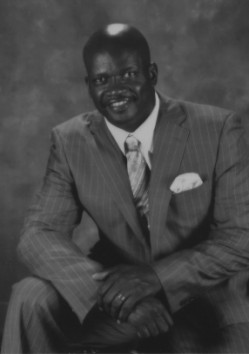 Don’t be fooled by his name, there is nothing “small” about the stature of Jessie Small. The Boston, GA native’s athletic career started early on at CentralHigh School where he played football, basketball, and ran track. As a gridiron Yellow Jacket he starred on the defensive side of the ball earning All-Area honors.

His accomplishments and prowess on the field during his college career caught the eye of the National Football League. In 1989 the Philadelphia Eagles drafted Jessie as the overall 49th pick in the second round. His most productive year in the NFL was 1990 when he started in 14 games as a linebacker and recorded 3.5 sacks. After three years with the Eagles, he finished his NFL career playing for the Phoenix Cardinals in 1992.

Not just focusing on his career, Small got involved and gave back to the communities he was living. While in Philadelphia, he volunteered for the PhiladelphiaYouthDevelopmentCenter as well as the Big Brother/Big Sister program. He has also served as the director of a local Boys and Girls Club. His career after football kept him in public service as he entered the law enforcement field to serve as a police officer.

Have you had a positive experience with Jessie Small? Click here to tell us about it!