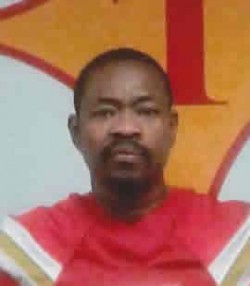 Jimmy Francis, pound for pound was one of the finest competitors to every put on a uniform for the Thomasville Bulldogs. He was a three year starter for the Bulldog defense from 1979-1981. He was selected All Region in 1980-81. In 1981 he was voted the Region 4A Defensive Player of the Year. Over his Thomasville High career he had 29 interceptions as a standout in the defensive backfield.

Francis was a two year starter on the basketball team and a four year standout baseball starter. He was an All Region selection on the baseball diamond in 1979, ‘81 and ‘82. Francis displayed unique leadership abilities throughout his career. He holds a high honor of being named team captain in all three sports he participated in: football, basketball and baseball.

After graduation Jimmy attended Valdosta State University where he continued his outstanding play as a four year starter on the Blazer football team. He was All Conference each year from 1982-1985. In 1985 Francis was again selected as team captain. His senior season he led the team in tackles (125) from the Blazer secondary. His career 14 interceptions are tied for second all-time in Blazer football history.

After graduation from VSU Jimmy entered the coaching ranks at Colquitt
County High School and later at Ware County. He helped lead his teams to the playoffs every year he coached from 1992-2010, winning a state championship at Colquitt County in 1994. Jimmy served as the defensive coordinator for ten years and during that time his defenses only gave up an average of 10.5 points per game.

A man who reaches out to the youth of his community and serves as a role model for many, Jimmy Francis is a deserving addition to the Sports Hall of Fame.

Have you had a positive experience with Jimmy Francis? Click here to tell us about it!