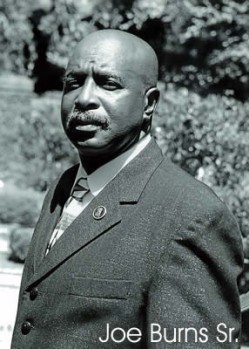 Joe Frank Burns is a native of Coolidge, GA and is a 1973 graduate of Central High School. While attending High School he lettered in baseball, basketball, and football. He was named batting champ during the 1973 and 1974 baseball seasons and earned the most valuable player award for three years in basketball as he was the leading scorer those years. In football, he earned most valuable awards for his play at defensive back as well as being the leading wide receiver. His football skills earned him a scholarship to play at Fort Valley State College. He was called into the ministry in 1987 after returning to the Thomasville area from Atlanta. He was inspired to begin the New Generation Christian Center Church in 1995. He is the founder and CEO of the New Generation Human Services in Ochlocknee as well as the founder of Christ Harvest International Alliance of Ministries which equips pastors for the 21st Century Ministries and helps to train leaders.

Have you had a positive experience with Joe Frank Burns, Sr.? Click here to tell us about it!