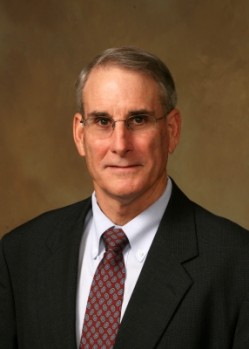 Johnny Parrish comes from a football family where his brothers excelled on the high school and college level. Johnny was a three-year starter at center for Thomasville High from 1974-76, including a member of the 1974 National Champion team. In 1976 he received several honors, among them the E.T. Smith Memorial Award at THS, he was an All-Region 1st Team selection, selected to the AAA All-State Team, and was named to the 1st Team All-American Team by National Prep Magazine. In 1977 Johnny was a member of the South All-Star football team. He received a full grant-in-aid scholarship to attend the University of Georgia. He played center at UGA for 2 years.

Johnny graduated in 1981 from UGA. Since graduation he has been with the Federal Bureau of Investigation serving as a Special Agent and as a Supervisory Agent in charge. He has served the FBI in bureaus ranging from London to Kentucky to Rossville, GA and now back home in Thomasville.

Johnny has served his church in several of these locations as a member of the Board of Trustees. He served on the Staff Parish Committee in Somerset, KY. He has also been active as a youth advisor at several of the Methodist churches in these various communities. Johnny has volunteered as a football referee for 8 years while living in Somerset and also Augusta. He also coached little league football and baseball while in Kentucky.

Johnny Parrish not only excelled on the athletic field but has served his communities as an excellent role model for the youth.

Have you had a positive experience with Johnny Parrish? Click here to tell us about it!