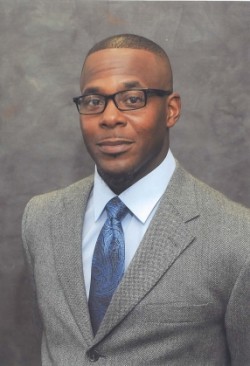 As a standout three-sport athlete, Ken Conner left his mark at Thomas County Central as one of the all-time greats to ever don the blue & gold. He excelled in football and basketball four years and played one year in baseball. In 1989, Ken capped off a strong junior campaign with his selection to the All-Area football team. His senior year he was selected as the offensive MVP of the Yellow Jacket football team and was named MVP of the basketball team. His athletic accomplishments earned him a scholarship to Albany State where he continued to thrive as a two-sport standout in football and baseball. Conner found success on the gridiron but none more so than against arch-rival Fort Valley State University. Conner had some of his best performances against the Wildcats in the Fountain City Classic game, taking home game MVP honors three consecutive years from 1991-93. Over his four year career, Ken led his ASU teams in receiving yards, touchdowns, and all-purpose yards. He was a member of the undefeated 1993 Albany State team that won the SIAC championship.

In 1997, Ken returned home to follow in his dad Eugene’s footsteps as a coach and teacher at Thomas County Central High School. While on the coaching staff, Ken received the “Assistant Coach of the Year” award in 1997. In 2000, Conner returned to Albany State, this time to coach football as the Special Teams Coordinator and Running Backs/Receivers Coach, a position he continues to hold. Over his coaching career at ASU, the Rams have been SIAC champions 5 times and in 2010, the Rams were named Black College National Champions. Conner has also left his mark on the ASU baseball team where in 2013 he was named SIAC Baseball Coach of the Year as the interim head baseball coach. He has since been named the Head Baseball coach.

Conner has extended his influence off the field as well by reading to students in Albany elementary schools and taking athletes to visit residents in local nursing homes. He also enjoys working with youth at baseball and football camps. Ken Conner is a quality person serving as a role model for our youth, his players, and many others in southwest Georgia.

Have you had a positive experience with Ken Conner? Click here to tell us about it!