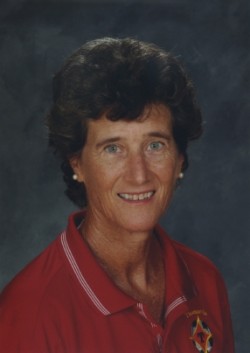 A molder of young minds, bodies, and spirits, Martha Murray has spent a lifetime impacting kids on and off the field. Growing up in New York, Murray was a three-sport athlete in high school. She competed in varsity lacrosse, basketball and swimming, serving as Co-Captain on all three teams. Her college career started off at Leicester Junior College (MA) where she was a three-sport athlete in field hockey, basketball and softball. She graduated from Springfield College (MA) where she played two years of lacrosse.

However, Murray would find her ‘real passion’ as a coach and educator. She moved to Thomasville in 1986 and began working in the local school systems. As a varsity soccer coach for Thomasville High School, she led the Bulldogs to eleven region titles and was selected Region Coach of the Year eleven times. She took her coaching skills to the elementary school level, and the rest, as they say is history. As a PE coach, Murray instills in her students the importance of physical activity. She is a natural-born motivator and can be found at the finish line of every local race cheering on her students. Murray was chosen as Jerger Elementary School’s “Teacher of the Year” for 2017-18.

An avid athlete herself, Murray is a regular competitor in regional triathlon events and often wins in her age division. Murray is actively involved with First Presbyterian Church where she has served in numerous leadership roles.

Have you had a positive experience with Martha Murray? Click here to tell us about it!