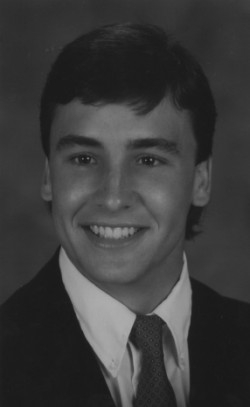 As the saying goes “dynamite comes in small packages” and Mattison Dunaway is the epitome of the quote. Mattison is the only Brookwood athlete to ever be named All-Region and All-State in 3 different sports in the same year. Dunaway while in high school was listed at 5 feet 8 inches and weighed l55 pounds. His football coach at that time, Ronnie Jones said: “pound for pound there is no doubt Dunaway is the best football player we have ever coached-both offensively and defensively”.

Dunaway not only excelled on the football field, but on the court, and the diamond. He received the MVP award his senior year in both football and baseball. He was a varsity baseball player when he was an 8th grader. He sported a .500 batting average his senior year and received a baseball scholarship to Mercer University. He was an all state point guard on the basketball team. He was an All-State quarterback on the State Championship team his senior year.

While participating and excelling in sports he was active in many other activities at school and in the community. These activities included Freshman Class President, Key Club President, Headmasters list (Honor Roll), member of the Fellowship of Christian Athletes, and Secretary of the First Presbyterian Church Youth Fellowship.

More recently Mattison has been involved as a Boy Scout parent volunteer, YMCA T-ball coach, and a volunteer at Hands on Thomas County. Mattison now spends time training Labrador retrievers. Dunaway is a role model to our youth—one who excelled in sports and now gives back to his community.

Have you had a positive experience with Mattison C. Dunaway? Click here to tell us about it!