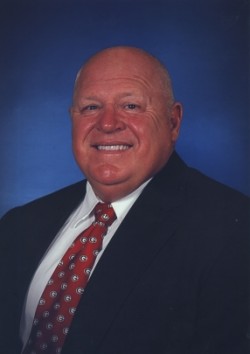 A three-year letterman during the golden years of Thomasville Bulldog football, Mike Gammons won numerous Most Valuable Player awards as a defensive lineman on the varsity team. He played on the 1973 and 1974 state championship teams, and was a major contributor to the Bulldogs winning the national championship in ‘74. Gammons also won an award for maintaining an all ‘A’ average while playing three consecutive years on the varsity football team. After his football career, he played industrial and church league softball, in which his teams won multiple championships. Since the completion of his playing career, Gammons has been very involved in the local YMCA and is a well-known and respected football official. He has served as chaplain and a board member of the All-Star Football Officials Association and was president of that organization in 2005. In 2009, Gammons co-founded the ‘War of the Border’ all-star football game. The game gives high school seniors from Georgia and Florida an opportunity to fulfill their dream of playing football at the next level.

Have you had a positive experience with Mike Gammons? Click here to tell us about it!