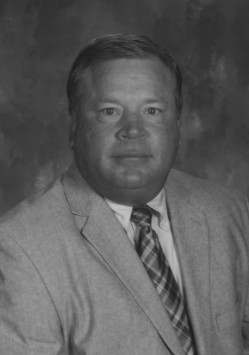 Mike was born in Thomas County and grew up in the Thomas County School System. It was evident at a young age that he was going to be a good athlete when he won the local Punt, Pass and Kick competition at the age of 8. From this early start he became an excellent football player at Central High as a receiver, punter, and quarterback. While at Central, Mike was awarded the Bobby Stewart Award for character and loyalty in football. He still holds the record for the longest punt in Central history at 99 yards.

In baseball, Mike played on the American Legion team. He was a starter on the Central baseball team as a freshman.

Mike graduated from Georgia Southern and began his coaching career as a football coach at Washington Middle School in Cairo, later becoming the head coach. He also coached at the high school level while in Cairo.

In 1988 Singletary became a coach at Colquitt County High School under Jim Hughes. Colquitt County enjoyed a perfect l5-0 record in 1994 on their way to a Class AAAA State Championship. He became Athletic Director in 1999 and became Head Coach in 2000 succeeding Jim Hughes. He compiled a 32-22 record in 5 seasons at CCHS while teaching young men good work ethics and the importance of working hard in the classroom.

In 2005, Mike left for Gordon County to start a new football program. Mike had the opportunity a year later to “come back home” under Coach Ed Pilcher at TCCHS. He first coached and then became Athletic Director, a position he still holds at TCCHS.

Mike has been very active in the community in a number of activities. At First Baptist Church he has taught a Men’s Sunday School class. At the YMCA he has coordinated summer youth golf clinics. He speaks at FCA meetings and at the Men’s First Baptist ministry meetings. He has also accompanied student athletes to FCA camps.

Mike Singletary, through sports and community involvement, has been and continues to be a true role model to the youth of our community.

Have you had a positive experience with Mike Singletary? Click here to tell us about it!