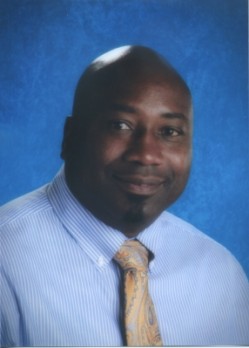 An ordained minister, Mikeal Lovejoy excelled as a defensive back for the Central High School Yellow Jacket football team all four years of his high school career. He would be rewarded for his efforts with a football scholarship to Valdosta State, where he lettered in 1986, 1987, and 1988. As a Blazer he received numerous individual awards, including Gulf South Conference Defensive Player of the Week for his performance against West Georgia and being named the Blazer’s Best Defensive Back his senior year of 1988, when he was also named 2nd team Football News All-American.

Lovejoy is an active leader in the Fellowship of Christian Athletes locally, and is the pastor at St. Peter Missionary Baptist Church in Pelham. After working as part of the Thomasville High staff, he recently 'came home' and currently coaches several sports at the middle school and varsity levels for Thomas County Central. Coach Lovejoy has a passion for kids and continues to impact them in positive ways both on and off the field.

Have you had a positive experience with Mikeal Lovejoy? Click here to tell us about it!