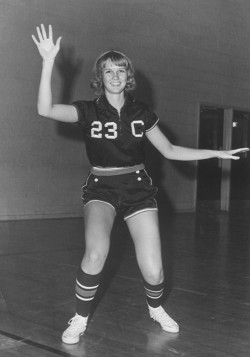 Pam Palmer Little started her basketball career at Pavo Elementary playing for Coach Ward Manley. She would go on to become one of the leaders on one of the most dominant basketball teams our area has ever seen while at Central High School.

In 1968, she again played a pivotal role as her Lady Yellow Jacket team repeated as both regional and state champions. For the second year in a row, she was selected as the defensive most valuable player for her team.

Pam was chosen her senior year to be captain of the Lady Jacket team. At that time, there were no other sports available for girls in the Thomas County Schools.

An active member of Tri Hi Y Club, National Beta Club, and 4-H, Pam would be an honor graduate at Central High School, and was chosen to give the farewell address at graduation.

A mother of six, Pam remains an active member of Pavo Baptist Church.

Have you had a positive experience with Pam Palmer Little? Click here to tell us about it!