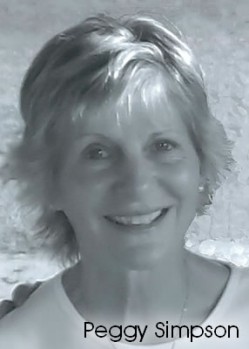 "Living on a farm with Jim, my husband and Ann and Robert, our children has been the fountain of my energy." Peggy's schedule has her up early in the morning running, cleaning, feeding animals, gardening, shopping and then working at night. Peggy started running at age 45 and in her first competitive race finished second in her age division. She has won the female division in the Rose City Run (6.2 miles) 9 times. At age 60 she won the Rose City Run in a time of 45 minutes and 39 seconds a state record that still stands. In the 32 year history of the Rose City Run Peggy has the fastest time for women age 50-59 and 60 and over. She started competing in triathlons at age 58. Her first year of competition at the National Triathlon Championship in St. Petersburg, Florida she was the 5th female overall finisher and of course 1st in her age division. At age 62, Peggy competed in the Ironman Florida Triathlon in Panama City, Florida. She swam 2.4 miles in the ocean, bicycled 112 miles and then ran 26.2 miles finishing second in her age division in a time of 13 hours and 50 minutes. Peggy has quietly in her own way shared with her community and co workers the fruits of her farm. She is a servant leader to her family and the people of her community. She is a true role model who sends "energy" emails to everyone she meets.

Have you had a positive experience with Peggy Simpson? Click here to tell us about it!