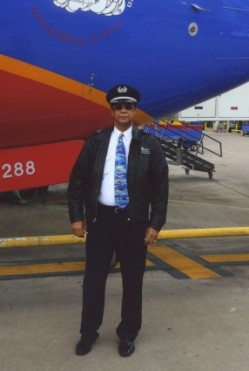 A two-sport star at Thomasville High School, Rick Massey was one of the more impressive athletes for the Bulldogs in 1968 & 1969. Awarded the ‘most aggressive’ player on the ’68 and ’69 basketball squads, he also helped lead the Bulldog baseball team to the Region 1-AA championship, contributing from the mound as a pitcher and at the plate with an impressive .484 batting average. In 1969 he helped lead the THS basketball team to its first-ever region championship, compiling a then-school best 19 wins for the season. Massey was awarded the Most Valuable Player trophy his senior year in baseball, when his pitching record was a perfect 4-0 and his batting average a sparkling .469. After high school, he would go on to play two years of collegiate baseball at Mercer, where his batting average again stayed above .400 and he was selected as an Outstanding College Athlete of America in 1971. After serving in the Air Force for a decade, Massey pursued a career in aviation where he served as a commercial airline pilot for Eastern Airlines and Southwest Airlines. He and his family currently reside in south Florida.

Have you had a positive experience with Roderick "Rick" Massey? Click here to tell us about it!