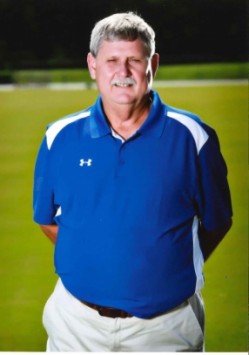 One of the state’s longest-tenured head coaches, Ronnie Jones compiled an overall record of 346–126–5 as a head coach in two states and four schools. Never an assistant coach, Coach Jones’ spent 40 seasons as a head football coach. His teams cracked the ten-win mark 16 times. Jones currently ranks as the 7th all-time winningest football coach in the state of Georgia.

While in Thomasville, Jones won the state championship at Brookwood with a perfect 13-0 record in 1983, winning the Southeastern Association of Independent Schools Association class AA title. At Brookwood, Jones would go on to win the state championship again in 1985 before also coaching the Warriors to the baseball state title in 1986 and being named coach of the year in baseball for the state of Georgia.

In 23 years at Westfield School in Perry, GA, Jones compiled a record of 217-68-3 with 11 region titles, four state runner-up's, and two GISA state championships. His football teams played for state titles a total of nine times. Earlier this year at a special ceremony the football field at Westfield was named “Ronnie Jones Field” in honor of the longtime coach.

He only coached two losing seasons in his 40 years of leading teams – 2-7-1 in 2006 at Westfield and 4-6 at Brookwood in 1988. In his career, Jones also coached at Calhoun County High School in Edison, Georgia, and coached football and baseball while serving as athletic director at Woodland Christian School in Phenix City, Alabama.

Beyond his winning record on the field, Jones’ has made an even bigger impact on the hundreds of young people he mentored over four decades. Former Brookwood standout and Hall of Fame member, Kevin Vick, said this about his former coach: “Other than my relationship with Jesus Christ and my family, not a lot of people had an influence on me like Coach Jones,”.

Jones and his wife, Beth, have two children and three grandchildren.

Have you had a positive experience with Ronnie Jones? Click here to tell us about it!