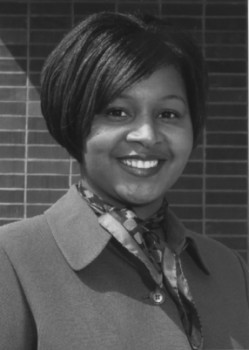 Selina graduated from Thomas County Central High School in 1989 where she was an outstanding athlete and student. She was Class President her senior year. While at Central she was a member of the softball team, track team, and basketball team. She set school records in the 1600 and 3200 meter runs. Basketball is where Selina really excelled as she was Region Player of the Year in 1989 and also Central's player of the year. Upon graduation she garnered a full basketball scholarship to attend Albany State University. At ASU, Selina set many records to include single game assists record at 23, single season assists at 309, season average assists at 11.9, total career assists at 956, and career average at 9.28 over 103 games. She was ASU's MVP 1991, 1992, and 1993.

At Paine College, she is currently the Women's Head Volleyball and Basketball coach. She led the Women's basketball team back to back SIAC Championships in 2005 and 2006 and was named SIAC Coach of the Year of 2001, 2005, and 2007. Selina is an untiring volunteer in her community in Augusta where she is active in the Toys for Tots Program, Annual Can Food Drive, and the Back to School Program at Second Providence Baptist Church. While in high school she was active at Saint George Chapel CME Church and at ASU she was a tutor at Southside Middle School. Selina is a great role model for our youth.

Have you had a positive experience with Selina Bynum Kohn? Click here to tell us about it!