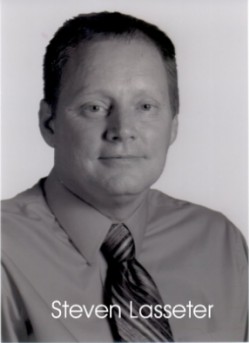 Tommy Steven Lasseter was an outstanding left-handed pitcher for the Thomasville Bulldogs. A few months after graduation, Steven was involved in a tragic automobile accident that left him paralyzed from the third rib down. Steven was down but not out as he still had his great love for sports and for helping the youth around him. After a tremendous amount of hard work, he was able to piece his life back together. He then spent approximately 14 years volunteering as a coach in various sports at the YMCA. However, this was not enough, and he returned to college and received his degree in education. The Thomas County school system gave Steven a chance to prove that he could lead young people from his wheelchair. He began teaching middle school students, and what he teaches them is more important than reading, writing, and arithmetic. He inspires children every day not to give up and feel sorry for themselves no matter what life deals them. After teaching for a few years, Steven was given the opportunity to coach again which is his true calling. He coached girls’ softball for two years, but coaching girls’ basketball is where he has really made the most impact on many young women’s lives. Although Steven’s personal athletic career was cut short, he has made a huge impact on the youth of Thomas County through sports.

Have you had a positive experience with Steven Lasseter? Click here to tell us about it!