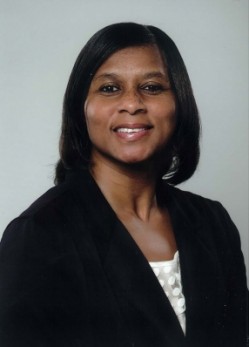 Tracy (Linton) Broom has shown a knack for making the most of an opportunity. As a high school senior in 1988, Linton led her Central Lady Yellow Jackets basketball team to an improbable run through the region and state playoffs, making it all the way to the state championship game where they finished as runner-up to Chattooga. That experience proved to be the boost in confidence she needed to succeed at the next level. With the help of a strong senior campaign, Tracy caught the eyes of college recruiters, landing a scholarship offer to play basketball at Jacksonville State University in Jacksonville, Alabama. As they say the rest is history. Linton was a four-year standout for the Gamecocks. She concluded her brilliant college career as the most prolific rebounder (1,530) in JSU school history. She ranks third all-time on JSU’s career scoring list with 1,762 points. Tracy is one of only three players in school history to be named an All-American, an honor she earned in 1992-93. Linton was named the 1993 Gulf South Conference Player of the Year. Five times during the 1993 season she hauled in 20 or more rebounds in a single game, including a school record 27 rebounds en route to leading the Gamecocks to the Gulf South Tournament Championship.

In 2006 Linton was honored as one of the sport’s greatest all-time players in conjunction with the NCAA’s 25th Anniversary of women’s basketball. Based on her accomplishments on the hardwood, Linton was inducted into the Jacksonville State University Sports Hall of Fame in 2007. Today she continues to contribute to the success of the athletic programs at JSU serving as an academic counselor and mentor for the university’s young aspiring athletes. Tracy is a great role model for our youth and continues to make the most of her opportunities in life!

Have you had a positive experience with Tracy Linton? Click here to tell us about it!